The performances in terms of fuel consumption reduction and driver behavior are compared between Japanese Eco-Driving and German Eco-Driving using multiple vehicles.

2 TS/DS integration for the evaluation of Japanese eco-driving and German eco-driving TS/DS integration is conducted for realizing the driving experiment using DS (Driving Simulator) in which the scenario is generated by TS (Traffic Simulator). The DS used in this study is composed of eight image screens, front, left and right fronts, left and right sides, left and right rear, and backside (Figure 1). A driving image from 10 projectors is projected to these screens. A 360-degree field of view is provided to the driver at the driver seat. The left and right side mirrors and the rearview mirror are the same type as those for actual vehicles, and they capture the image of the reverse screen. Furthermore, swing equipment with six axis is attached to the vehicle body. All the equipment is collectively controlled using the main calculator. 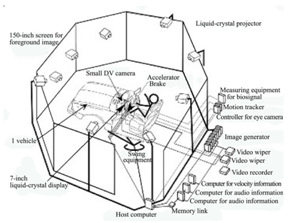 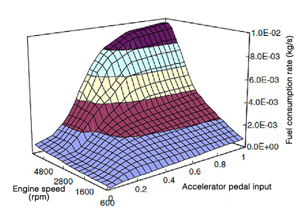 4 Overview of the experiments An experimental scenario of a straight open road was developed using TS. The scenario begins with the situation where a vehicle stopping at a traffic light starts moving. It drives straight for 400 m, then must stop at a signalized intersection, and drives straight for 300 m. Each subject got into a DS controlled vehicle which was set that there were vehicles driving in front and at the back. (Figure 3). The preceding and following vehicles run according to the vehicle behavior model programmed in TS, and their speed limit was set at 50 km/h. Figure 4 shows the relationship between velocity and distance as the vehicular swept path of the preceding vehicle. The subjects are five males (age: 22 to 24 years, average age: 22.6 years, standard deviation: 0.8 years). They filled out the questionnaire about their attribution such as age and the experience of eco-driving before the experiment. Table 1 summarizes the attribution of each subject who participated in this experiment. 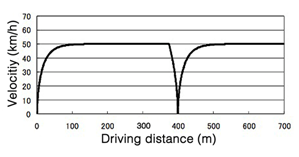 Figure 4. Relationship between velocity and driving distance of preceding vehicle 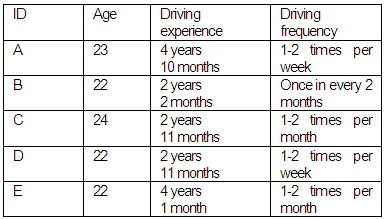 ・Normal driving Drive in the same way as they do in their daily lives. 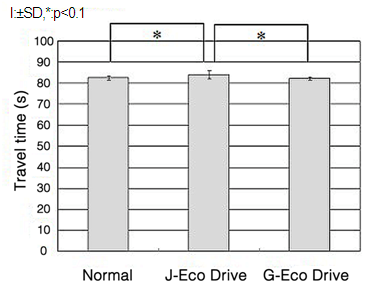 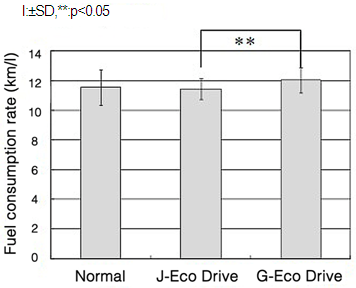 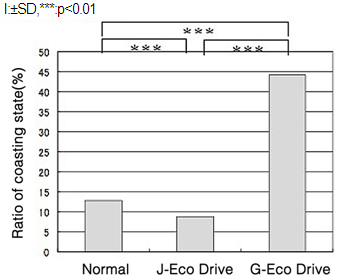 Figure 7. Comparison of ratio of free wheel state with each driving technique (n=25) 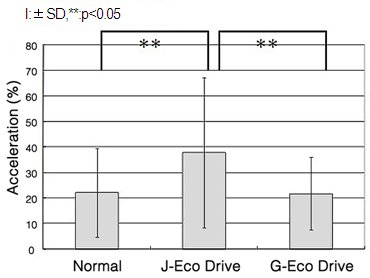